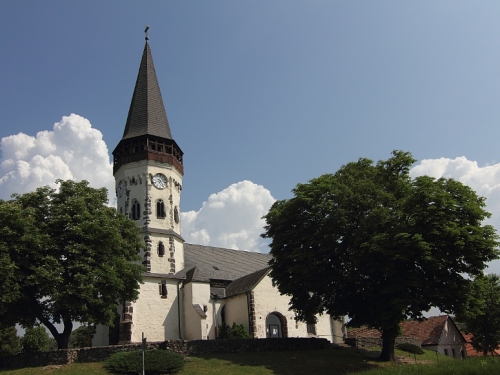 Gyöngyöspata is located 11km from the town of Gyöngyös at the foot of the Mátra mountains. The main attraction of the village is the 12th century church built in honor of the Virgin Mary, which is one of the most important gothic Hungarian buildings. Demeter Necskei (Treasurer to the King Róbert Károly) was its main patron at the beginning of the 14th century. Apart from restructuring the church, he also commissioned the creation of the Nekcsei Bible, the most significant piece of Hungarian Medieval illuminated scripture.

The church contains a unique piece of European baroque sculpture. There is an 8 metre high altar depicting Jesus' family tree, where carved figures of Christ’s ancestors are depicted enthroned at the end of the branches of the biblical Jesse Tree. (distance 25 km)